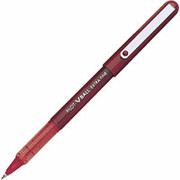 “Only the hand that erases can write the true thing.”
– Meister Eckhart, 13th-century mystic

“Wherever there is an enforced orthodoxy — or even two orthodoxies, as often happens — good writing stops.”
– George Orwell

“We would that words become shooting stars, like gods, that they would rise up from the dead page into living forms of light and dark, into fountains of color.”
– William Shakespeare

“Don’t get sidetracked by all the glitz and glamour of the bee. Spelling well is its own reward.”
– Niles Crane (David Hyde Pierce), Frasier

“No passion in the world is equal to the passion to alter someone else’s draft.”
– H.G. Wells